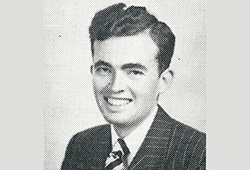 William '49 and Jean Fleming left a legacy gift to St. Ambrose University by naming SAU's living endowment as the charitable beneficiary of their IRA. After William died in 1997, Jean eventually remarried and moved to Oregon.

She honored William's wishes to leave an estate gift to SAU by naming them as the beneficiary of her IRA. Her generous bequest of nearly $100,000 strengthens the university's endowment, now valued at $88 million. A gift to the endowment is permanently restricted, and the earnings from the endowment provide a revenue stream for the University's budget.